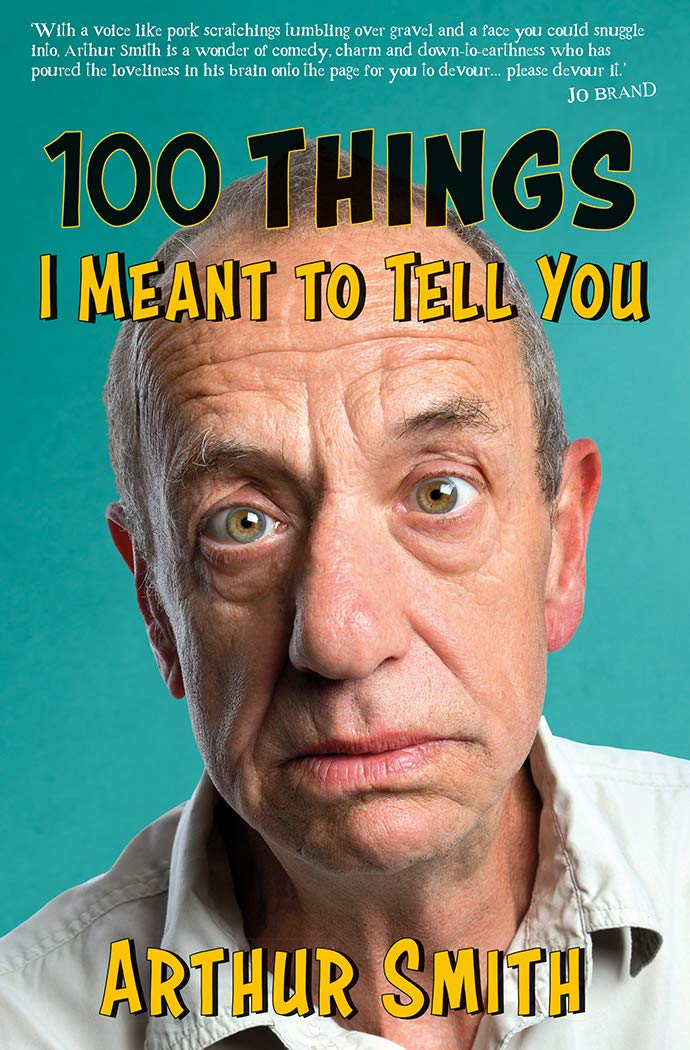 Arthur Smith’s first book for many years, 100 Things I Meant to Tell You brings together 100 stories, poems and articles gathered over a colourful lifetime making a living on the comedy circuit.

In 2005 Arthur turned down a Perrier Award for Lifetime Achievement, saying “They wanted to tell me I was old and cool; well, I know that already.”

Currently the popular host of BBC Radio 4 Extra’s Comedy Club, he has travelled all over the British Isles and the rest of the world performing and reporting on a range of subjects as diverse as Flotsam and Jetsom in Holland (in a series for BBC 1’s The One Show) and more recently, goat yoga in Ipswich, but never before has he corralled all these wonderful stories into book form.

Some humorous, some anecdotal, some nostalgic and some extremely poignant, the stories include the time Arthur was arrested for `breach of the peace and possession of a megaphone’, the time he hitched a lift from a nun and heard his own voice (imitating Leonard Cohen) playing on her car radio, the fight he had with Billy Connolly, his flight in a Tiger Moth, and – in verse – his hatred of Teletubbies. Covering a huge range of subjects and emotions, tales of hilarious, chaotic antics are juxtaposed with gentle, bittersweet stories about love affairs that ended badly and his mother’s journey into dementia, making this a cornucopia of delight for Arthur Smith fans everywhere.

My Name is Daphne Fairfax: A Memoir – BOOK