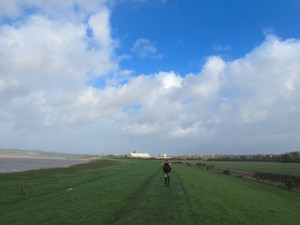 Last summer in a beautiful pub in Devon the barman was telling me how much he loved this picturesque village in which he was born.

“But you’re only young,’ I remarked, “don’t you ever long for the bright lights of the city?”

Some country folk do not see the need ever to leave their environs, and good for them, but for those who do, here is my guide on how to live and disport yourself in the city….

– Be aware there are a lot of us living in close proximity in a large conurbation and our needs are various. Life is better for everyone if you treat your neighbours with suspicion and mistrust. Try not to talk to them or have any idea who they are – they’re probably Mormons or crackheads. In fact avoid eye contact with everyone except your optician.

– If you are in a queue in a shop and the person ahead of you starts chatting to the shop assistant, huff loudly, saying, “I’m sorry, is this a shop or a dinner party?’

– Never turn up anywhere unannounced. Even if you have just been mugged – and you probably have – directly outside a friend’s house, do not knock on their door without first ringing to make an appointment

When on public transport be vigilant and tense. If anyone tries to engage you in conversation on a bus they are self-evidently insane and should be immediately reported to the Police. Nevertheless, during the rush hour you should be prepared to have intimate physical encounters with several strangers of any of the various sexes. In the country this is known as a swingers party, in the city it is called commuting.

– If, when waiting for a train or tube, there is an announcement that someone has thrown themselves on the line, under NO circumstance show any sympathy for them. Rather, grumble and complain about how selfish they are for making you late.

– Remember that, in the city, right-of-way on the pavement and road belongs to those who are most proficient at trampling, elbowing and punching their way to the front.

– Always be on your iPhone everywhere you go, even if there is no-one on the other end; you never know when you may turn a corner to be confronted by a dangerously enthusiastic young woman with a badge or a clipboard asking for money.

– Never show any surprise when it is announced your sandwich and take-out coffee cost £12.50.

– Be proud that you live in a place that has theatres, cinemas, art galleries and concert halls. However, never go to any of them. Choose rather to get home from work, heat a microwave dinner from Iceland and sit watching old box sets of the Sopranos til bedtime. Only go out on Saturdays when you should congregate in the centre of town before embarking on a strenuous bout of binge–drinking. Stagger drunkenly around the streets after closing time, perhaps dressed as Superman, and punch anyone you don’t like the look of – which will be everyone. After your night in the cells, relax on Sunday night watching yourself in a T.V documentary about binge-drinking in city centres.

After 10 years or so you will have qualified as a city-dweller. If you spot a confused country person blundering around in the face of all this colour and speed, speak to them calmly, point them in the wrong direction, then run off up a side street and have a bloody good snigger.
Arthur Smith Sings Leonard Cohen (Volume Too)  Soho Theatre, London – 16th Feb to 2nd March 2014 – http://bit.ly/1auy20X