What I see in the mirror 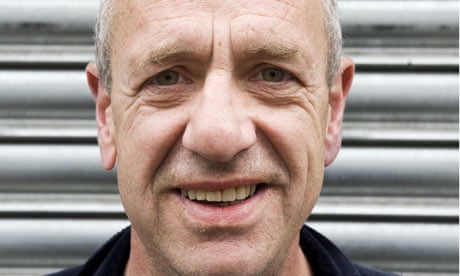 'I've been described as having sinner's lips. They are full and sensual – in my youth I did an HNC in kissing'

I see my large nose, like half an avocado. I broke it falling downstairs when I was six, and it now resembles a large blob of play-dough. I am 54 and age is slowly writing itself on my face. The lines put me in mind of Joan Miró – I look like an interesting symbolist painting. I am happy with my eyes, which my partner says look like green olives, and I’ve been described as having sinner’s lips. They are full and sensual – in my youth I did an HNC in kissing.

My ears have become more prominent, as has the hair, which seems to leave through parts of the body it didn’t used to – like my nose. My eyebrows could do with a trim. They make me think of Denis Healey, who once showed me how he could balance two fags on each eyebrow. At the barber’s, I know he’s finished when he shaves my eyebrows. I say, “Take it all off” because although eyebrows can make little hairy hammocks for fags, they can also come down and obscure your vision.

In 2001 my pancreas started eating itself, so I don’t drink any more – it’s just the crack and prostitutes now. Then I got diabetes, which is good because I can write a column in Diabetes UK magazine. I gave up smoking for a year, but I am back on the fags again now: 12 and a half a day (13 would be excessive). I have a smoker’s face, but a way to go to compare with the craggy cliffs of WH Auden – he had the greatest smoker’s face of all time.

A thing of quiet beauty
My travels: Camargue, southern France