What makes me happy 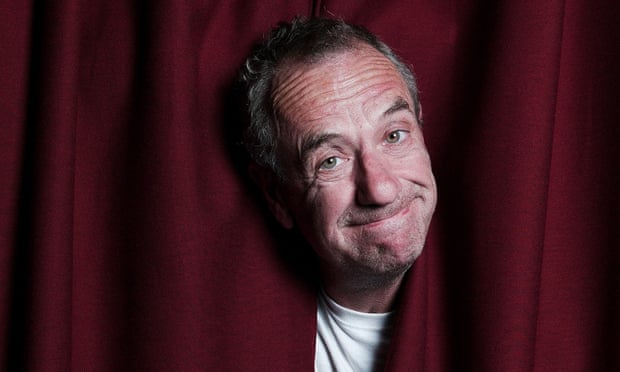 ‘Being a comedian can feel like an honour. I cherish the occasion when I discovered this, playing Captain Hook in a school production of Peter Pan’

On the soft beach of a small Cornish cove, drying off after my spontaneous leap into the sea, I sit with my back to a rock, light a cigarette and think: Gosh, I am happy. I have walked an exhilarating 10 miles up and down the fierce contours of the coastline and am looking forward to a bath with the intensity that can come only from a long, active, sweaty day in the sun. I have a gentle two miles to my clifftop hotel. All this is pleasing, but the main trigger for my unusual thought is that I have an assignation: a woman is driving down from London to meet me in my seaside palace on the cliffs. I do not know her very well but we have shared one – sensational – date.

This happy moment is better defined than others in my life because of the unhappy chaos that followed. The woman and I had a six-month affair that left me brokenhearted and sliding hopelessly into a midlife crisis. That blissful self-portrait on the beach became framed in retrospective despair. “There is no greater sorrow,” wrote Dante, “than to recall happiness in times of misery.”

What the hell is happiness? More importantly, where can I get some? How can I keep it? How long does it last? Can I share it with my friends and family? Where can I get some more? If all the self-help books answering these questions were piled on top of each other they would form a column that would reach so high it would be over the moon.

Happiness is difficult to define and impossible to guarantee. If you invite happiness, she will probably not show up, preferring to gatecrash the funeral up the road or tap the shoulder of the old lady sitting quietly at the bus stop.

Unlike her sensible brother contentment, happiness will venture into the grimmest circumstances. In his memoir, my father told a story about his first 10-hour day working down a German copper mine during his three years as a prisoner of war: “At the end of the shift I was absolutely knackered. When I emerged from my hole I vividly remember seeing the black face of Dick Chandler emerge from an adjacent hole. He gave me a sickly grin, which I returned, and then we burst out laughing.”

Even in that desperate time there was the momentary consolation of laughter. Laughter is always a tiny escape into happiness, which is why people like me are paid to go into dark rooms and make it happen. Being a comedian can feel like an honour and I cherish the occasion when I discovered this at the age of nine.

I was playing macho baddy Captain Hook in our school production of Peter Pan. My intention was to terrify everyone in the room as I stormed on to the stage wildly brandishing my coat-hanger hook and shouting ferociously. I did succeed in alarming the fairies and squaws, but the adults in the audience immediately started laughing. I realised in that instant that I was to be a clown, not a baddie. I left the stage and began to “terrorise” individual mums and dads. Big belly laughs. Now I was laughing and so were the squaws, the fairies, Peter, the lost boys, even Miss Marshall, our teacher and director: everyone was chortling and chuckling away and this felt very fine indeed. The people gathered in that hall were happy, however briefly, because of something I had done. I observed how the sound of shared laughter unites us in a loud, visceral joy and I have sought it out ever since.

Pulling something off when you feared you couldn’t is liable to provide a happy buzz for an evening. In the miserable months after my Cornish swim I decided to try to write and perform my way out of my malaise. I booked a venue at the Edinburgh Fringe to do a one-man semi-comic version of Hamlet. The only try-out I did was disastrous. At my opening night, I peeped out from behind the curtain to see the audience was dotted with critics, fellow comics and industry types. And, of course, since this is an against-the-odds story, it all went well in the end, with clapping and cheering. Emerging into the sunlight at the back of the venue, I had, for the first time in months, an unfamiliar feeling of satisfaction, of pleasure, of – bloody hell! – elation. The courtyard here was empty and, like a footballer after he has scored a goal, I threw my arms in the air and looked up at the sky in triumph.

And then I was sprawling on the ground. I had done that thing that never happens except in old comedy films: I had actually slipped on a banana skin. And I laughed, like I hadn’t laughed for an age, and now the false gods of ecstasy and elation gave way to a more reasonable, unhindered happiness.

And my final thought on happiness is this: one thing that will never make you happy is considering what you might write in an article about happiness.

My travels: Camargue, southern France
I find myself returning to ‘A man walked into a bar’